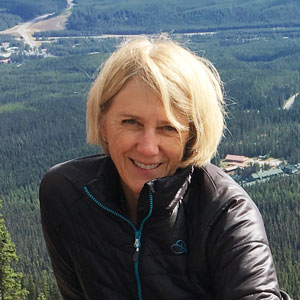 “Oil painting has completely changed the way I see life.  I am driven to see the beauty of all that surrounds us.  My focus is often the reaction and interaction of people and sometimes wildlife to their environment.  Every painting is an adventure and I know of no better journey.“

Born in Wilmington, Delaware, she received a BFA from Wittenberg University and continued her studies in architecture and graphic design at the Rhode Island School of Design and the Colorado Institute of Art.   She has worked in both architecture and graphic design.  After becoming a full-time mom, she continued to freelance, but in 2002 began to concentrate on painting, a life-long desire.  She has studied with Frank Arcuri, David Leffel, Sherrie McGraw, HongNian Zhang, Peter Fiore, and Skip Whitcomb.

Her paintings are in collections internationally.